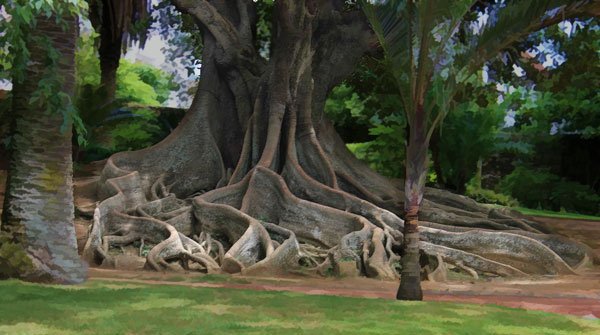 Roots in a garden in Ponta Delgada

All of my life I have described my ethnicity by the description that was handed to me from my Grandparents and through my parents. By this description, I am 7/8 Portuguese and 1/8 German. With this in mind, we took a trip this early summer to Spain, Portugal and the Açores to learn more about my Portuguese ancestry.

So it was with discovery in mind that Mary Ann and I flew to the Iberian Peninsula and the Açores. This post is not a travelogue but a sharing of my discovery of my roots. The title image above was taken while on a little train on tires that took us on a tour of gardens through the streets of Ponta Delgada, the capital of Saõ Miguel.

I wanted to give the image a feel of digging through the fog of time to discover a foundation. The image was given a smudged look to convey the uncertainty of time. The roots were then extracted from that look and made more defined to indicate discovery. I left a little softening in the roots to give the feel of still looking back.

I have always felt pride in coming from a people who were adventurous and a large part of the European discoveries of the sixteenth century. The travels of Ferdinand Magellan, Vasco da Gama and Henry the Navigator are told in our history books.

The image I chose to represent my Portuguese heritage is in honor of those explorers. I took this image in Lisbon at the Discoveries Monument, a tribute to those navigators and their supporters who made it all happen. 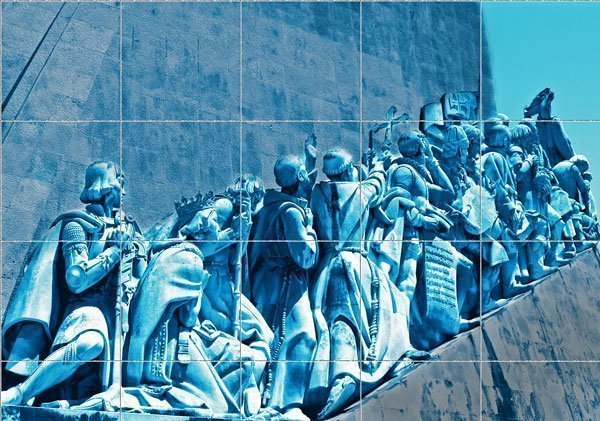 At the prow of this stylistic ship is Prince Henry the Navigator. I chose to present this image as a tile mural in the blue color that is common in wall murals. We saw these types of murals created on tiles all over Lisbon and on Saõ Miguel.

From Lisbon we went to  Saõ Miguel, a very beautiful island. It is much like Hawaii and yet also like the Pacific Northwest where we had lived. The Island boasts a moderate climate with palm trees and ferns found in Hawaiʻi. But, there are also pine tree forests reminiscent of our time in the Pacific Northwest.

It was on Saõ Miguel that we visited the Church of my Grandmother’s baptism and found the local parishʻs records of her baptism with the assistance of the parish priest, who turns out to be related to me. At the Public Library, we found the complete record of my Grandmotherʻs baptismal records along with the record of her parent’s marriage. 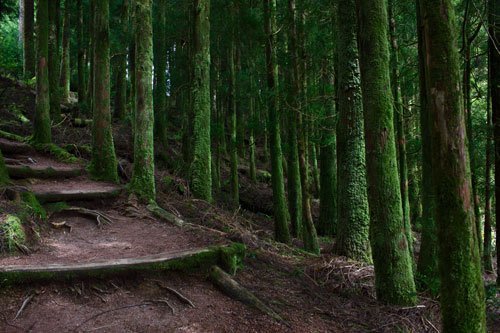 The Green Forest of Saõ Miguel

Modern dock in Ponta Delgada, the port from which my ancestors sailed in 1880

Earlier this year, my wife and I had our DNA checked to identify our heritage. The results were a pleasant surprise and changed how I view myself and the meaning of ancestry.

It turns out that I am 13% Irish, 9% English, 32% Iberian, 30% Italian/Greek, 6% North African and the rest spread out in too small quantities to accurately measure.  I offer the following as a very brief understanding of my ancestral mix.

The Iberian comes from the ancient inhabitants of the area that we now identify as Spain and Portugal. The English and Irish comes from the Celts who migrated south from England-Ireland-Scotland around 700BC. The Greek/Roman is blood from ancestors out of Greece and Italy who conquered most of the then known Western world. The North African heritage arrived with the Muslim Moors who conquered the area of Spain and Portugal around 711 and lived in peaceful coexistence with the Christians and Jews until the end of the Moor’s reign in 1492 with the fall of Granada in Spain.

The one image that sums up a lot of my thoughts about this journey of discovery is this image from the Castle of Saõ Jorge, St. George, in Lisbon, Portugal. Although the earliest construction of this castle on the hill dates from around the sixth century, the first 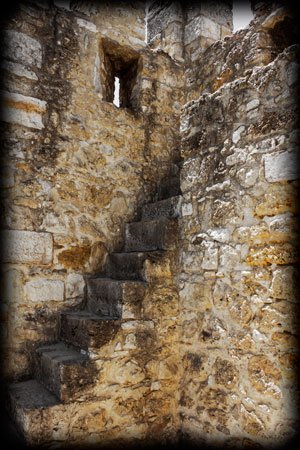 fortifications can be traced back to the second century BC.

Why a castle to sum my thoughts? The history of this area, as of much of Europe, is the history of nationalistic and religious conflict. The fortified castle embodies that history. Often the same castle served more than one master. Armies came and went, yet the castle remained.

In this image, I made sure the texture of the rock surfaces was detailed. I then framed the image in a vignette to echo the framed view a defendant might have seen looking out the window in the image.

So it was with great interest that I visited places in Spain and Portugal that highlighted my Christian/Catholic and Muslim heritage.Visits to the Alhambra in Granada and the Mezquita in Cordoba, Spain were emotional. In both places we had areas that had been occupied for religious or political reasons, conquered and repurposed by the victor.

The site of the Mezquita de Cordoba began as a Roman Temple dedicated to Janus, the god of beginnings and transitions for whom the month of January is named. When the Visigoths ousted the Romans, the site became a Christian Church dedicated to St. Vincent of Saragossa. Then the Moors came in the eighth century and they built a mosque on the site. With the victory of the Christians in the thirteenth century, the Mosque was converted into a Cathedral. The building retains the characteristics of both the Muslim and Christian influence.

The following two images perfectly illustrate my feelings about the place. When you enter 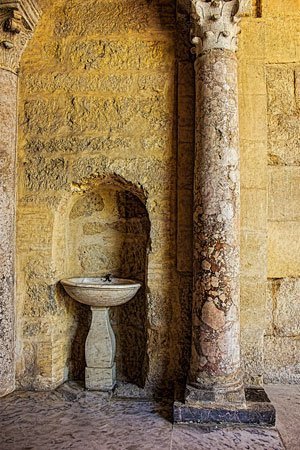 the main building from the courtyard, you pass the holy water font of Christian influence. As soon as you enter the main building, you are standing in the old Mosque. The juxtaposition was an emotional one for me. 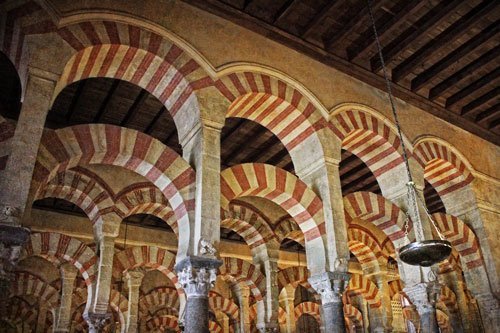 Mezquita of my Muslim Heritage

This quest has asked more questions than it has answered. From  my simple family formula of 7/8 Portuguese and 1/8 German to a broader understanding of the complex history that provided me with all of my ancestral DNA, I ask the question, “Who am I?” DNA tests record regional ancestry. And, we inherit different components from our mother and father. So, my German DNA probably shows up in the trace amounts that aren’t given to me from the tests.

I have discovered that the Portuguese and Spanish are not an ethnic identity. They are a national identity. So, as my base, you should say that I am Iberian, from the ancient inhabitants of the peninsula. Who I am is more then that  which contributes to my blood quantum. I am proud of all that history that has gone into describing my ancestral family. In my DNA is preserved the memory of  pagans, Christians and Muslims. But that doesn’t identify me.

I have been shaped by the experiences of my life. I grew up in a Catholic, Portuguese family whose ancestors came to the Kingdom of Hawaiʻi to find a better life. It was a hard life. My fatherʻs mother would tell her Grandchildren how they were little better than slaves of the plantation when they first came to the Islands. Our family broke free of that yoke and went on to become successful. My Grandmother told stories of meeting the Queen at her school and how sad the people were when the Hawaiian flag was lowered and the American flag was raised after the overthrow of our Queen. Portuguese was her first language, Hawaiian her second and English her third.

My motherʻs German Grandfather became a naturalized citizen of the Kingdom in 1885. And, according to the Kingdom of Hawaiʻi laws, “shall be deemed to all intents and purposes a native of the Hawaiian Islands.

Her parents were both born in the Kingdom of Hawaiʻi. According to Kingdom law, “All persons born within the jurisdiction of this kingdom, whether of alien foreigners, of naturalized or of native parents… shall be deemed to owe native allegiance to His Majesty.”

Hawaiʻi is a land of immigrants. The first who came around 400-800 AD were believed to be the Marquesans. A second migration around 1000-1300 brought new settlers from other parts of the Pacific. The last great migration occurred in the late 1800’s to early 1900’s when laborers were brought in to work in the sugar plantations. It was in this migration that my ancestors came to Hawaiʻi.

I grew up in a Hawaiian culture that reverences aloha which means more than its definition, “love,  hello and goodbye.” The word describes a way of life, to live aloha.

Our culture honors ohana, family. It proclaims pono, doing what is right. And calls for mālama ʻāina, taking care of the land.

I was also immersed in the lore of the ancient beliefs. I grew up with the ancient stories , the mythical stories, the authority of the kapu (that which is sacred or prohibited), and the power of nā Akua, the Gods. 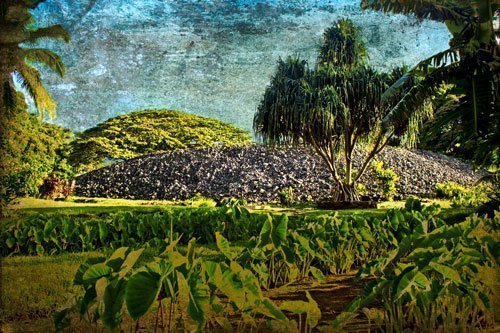 The image to the right is of one of my favorite places in Hawaiʻi. Ulupō is an ancient Hawaiian heiau, temple, outside our town. Here the first Hawaiians gave thanks to the God Lono for a bountiful harvest. The heiau sits amid springs which provide the water for the taro growing in the loʻi kalo, taro patches. These loʻi were built by the first Hawaiians perhaps in the 1400ʻs or maybe as early as the 800ʻs. The heiau is a place where I help tend to the grounds to mālama (care for) this ancient and peaceful site.

I have created my image of the heiau above to give an air of antiquity and mystery. You can feel the swirl of the sacred in the sky in the image. The sky is rendered with  movement and your eye searches the heavens for a sign.

One of my favorite Hawaiian songs says:

The song ends with:

This entry was posted in Information, Photo Details. Bookmark the permalink.