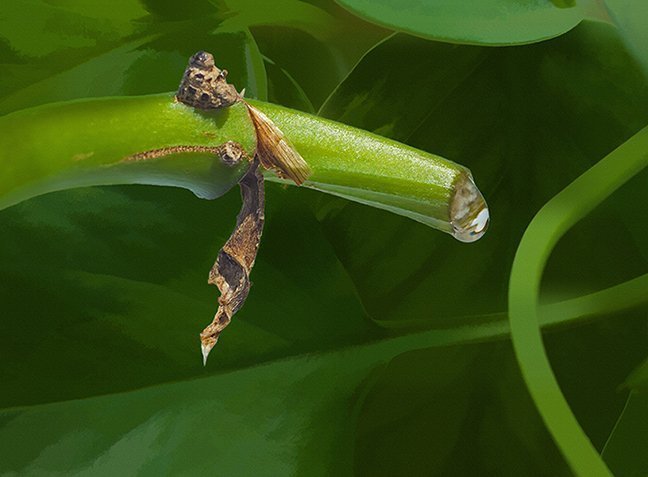 In 1893, with a force of United States Marines and Bluejackets (sailors) landed in Honolulu, a group of all white and mostly American descendents overthrew Queen Liliʻuokalani and ended the Hawaiian Kingdom.

The Queen’s full name given to her at birth was Lydia Liliʻu Loloku Walania Wewehi Kamakaʻeha. Lydia was named by her foster mother’s aunt who had been suffering an eye infection. So, Lydia’s Hawaiian name means: Smarting, Tearful, Anguish, Dark, Sore Eye.

Each year the Project hosts an art contest based on the theme. The contest consists of judging images and prose to see which best exemplifies the theme. The above image and following prose was my entry in the contest. I’m proud to say that this took first place:

“Psychologists tell us there are multiple stages in the forgiveness process. Some tell us that one of these is the “tearful” stage.

One of the names given to our Queen at her birth was “Loloku” or “Tearful”. The name certainly was prophetic. There were many tears shed by our Queen and her subjects when the kingdom was overthrown. When I was a child, my Grandmother, who had once met the Queen, told me how sad the people were when the Hawaiian flag was lowered at the overthrow of the Kingdom. My Grandmother’s story of this time in our history makes the events more personal and not merely historical for me.

Liliu’s tears and my Grandmother’s tears are my tears.

My photographic image is of a philodendron that I had pruned. Shortly after the pruning, I noticed a tear forming on the cut. My heart sank. Had I damaged the plant? Would it survive? The plant’s tear, however, was bringing healing. In time the cut healed and the plant though, wounded, thrived.

Tears during a time of strife may lead to bitterness, or, they can be the beginning of a healing process. My philodendron’s tears led to healing. Lydia Liliʻu Loloku Walania Wewehi Kamakaʻeha’s tears led to forgiveness. Her life invited my Grandmother and invites us to live in forgiveness that can bring healing.”

The award was presented at the Day of Forgiveness celebration held at the State Capitol in Honolulu. The following images are from the award ceremony. 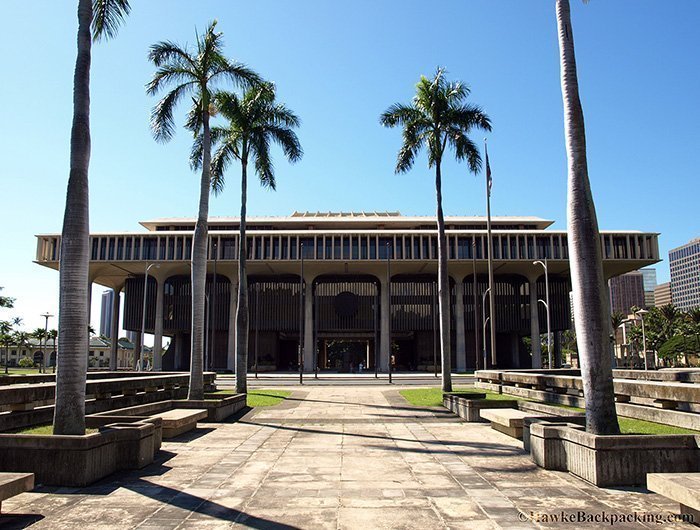 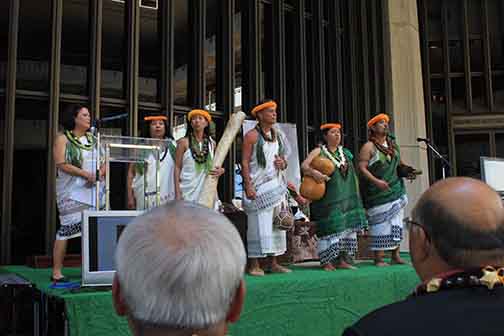 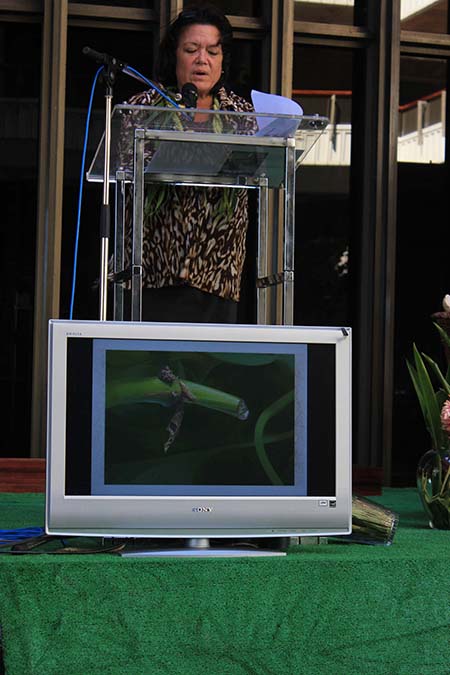 Reading the citation and my prose 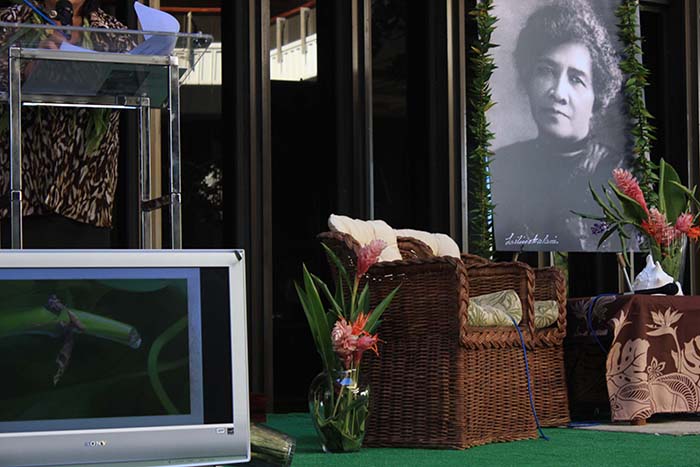 Sharing the stage with the Queen 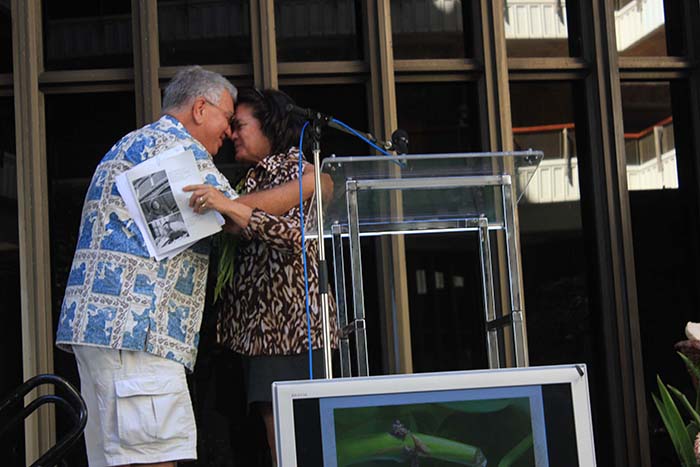 On a separate day, the day of the celebration of the Queen’s birthday, a braided ti leaf lei was assembled from lei sent from all of the islands. The lei circled the ʻIolani Palace three times in honor or the Queen. This picture is of Mary Ann and I holding a portion of it. 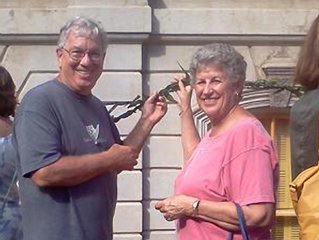 Below is a link to a YouTube video of the award portion of the day’s events. the quality is low as it was filmed from a television broadcast.

This entry was posted in Information. Bookmark the permalink.